I began life as a filmmaker, shooting movies in my backyard with my sister and brothers as my co-stars. My first feature (well, mini-feature) was “Law Of The Ninja” which I produced, directed and starred in while growing up in Hawaii. The whole process was so much fun, I decided to do it professionally. 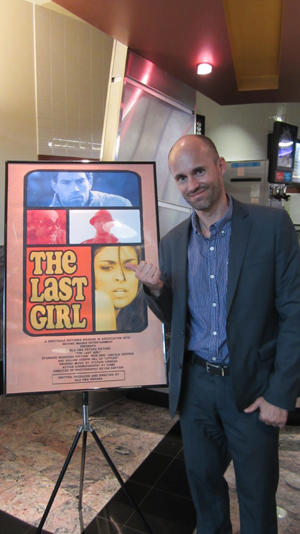 At the Action On Film Festival premiere of “The Last Girl”.

Hawaii was also where I began my martial arts training. I started with Okinawan Kenpo Karate and Kobudo (weapons), earning my 2nd Degree Black Belt. I also cross-trained in kickboxing and other styles like Shotokan and Chinese Kempo.

I began my professional career in San Diego, where I started acting on TV shows like “Renegade”, and independent films starting with the epic “Ozark Savage”. I made the move up to Hollywood where I continued my film and TV career. One of my claims to fame is the ABC hit show “Wipeout”, where I’ve made three appearances, on the series premiere, the “Best of Season 1” episode, and the “All-Stars” episode from Season 2 where I became known as “The Jedi” from my Yoda voice impression.

My martial arts training has come in handy where I’ve used my skills in several films like “Hang Them Up”, “The Last Girl”, “Invincible Scriptures”, and “Nun Fu”. I’ve also used my skills working with Andrew Bachelor, aka King Bach in his comedy movie “Agent Steele”.

I’m a self-published author on Amazon with my first novel, the martial arts/sci-fi adventure with a comedic kick “CYBER FIGHTER”. I just had my first book signing for the novel at the Martial Arts History Museum in Burbank in February 2020. The novel is based on a screenplay that I am developing into a feature film where I’ll be playing the lead character Brian Baldwin, a clumsy temp worker who gets an assignment at a defense company where he volunteers to have black belt fighting ability downloaded to his brain. We are doing a short film proof of concept first and are in progress with that. 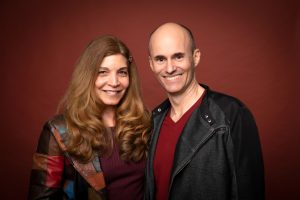 My lovely and talented wife Pamela Hill and I formed our own production company Four Scorpio Productions, where we have our own YouTube channel and are producing original content, as well as developing our own film projects. We currently have over 1700 subscribers. We’re a creative couple who have worked together many times on stage, TV and film. Currently we are in Season 2 of our comedy web series “That Darn Girlfriend”, an homage to 1960s/70s sitcoms. Our recent episode 5 of Season 2 is titled “Candy-Gram”.

I’m also a voice over artist, having done commercials, animation projects, and audiobooks such as the audiobook for my novel “CYBER FIGHTER” – currently in production — and epic sci-fi novel “Turn Of The Century 2100”. I specialize in accents and celebrity impressions. My YouTube video “Barack Obama Speaking Pidgin” has gotten close to two million views.

I’ve also performed on the stage, most notably with the LA Times critic’s pick “The Unsinkable Bismarck” written by Jeff Folchinsky and directed by Paul Millet, which was described as a cross between “Hogan’s Heroes” and Monty Python. This show was where I first worked with Paul, and now Pamela and I are continuing that collaboration by having worked with him, Jeff Rack, and Jonathan Josephson in several years of Unbound Productions’ “Wicked Lit”, where classical horror literature is adapted for live theater and performed at a mausoleum and cemetery.

My celebrity impressions came in handy with the live stage show “All About Jack”, (created by “All About Walken’s” Patrick O’Sullivan), which is a troupe of actors portraying Jack Nicholson and other celebrities in a series of sketches about his life and career.

My theater credits include shows with Group Repertory Theatre where I appeared in such plays as “The Neighborhood Crime Watch”, “Comic Potential”, “Arsenic & Old Lace”, and “The Howie Monologues” with Pamela. Most recently, I was in Theatre 40’s production of “A Bad Year for Tomatoes”, directed by Larry Eisenberg.

I’m a member of the Hollywood-based film collective We Make Movies, a group of industry professionals and creatives who develop and produce original content for festivals and online distribution. As an actor, I’ve done many staged readings with this group. As a writer, I’ve brought the short script for CYBER FIGHTER to the group’s reading nights. Pamela & I have also screened episodes of “That Darn Girlfriend” at the We Make Movies Film Festivals.

I have experience with doing my own visual effects for “That Darn Girlfriend” and “CYBER FIGHTER”. I will be teaching a Zoom webinar on VFX hosted by We Make Movies on Thursday May 14th, 2020 at 5pm Pacific Time.