If you’ve been following me over the past few years, then you probably know already about my dream project CYBER FIGHTER, a martial arts sci-fi comedy which I’ve been working on for many years now.  I’ve been intending to complete the short film and have already done half of it — the CG animated part which takes place in the virtual world of the story.  But I’ve yet to finish the live action portion, as that requires a cast, crew, stunt performers and a stunt coordinator to complete.

Making movies is a whole lot of “hurry up and wait”, not just as an actor, but as a filmmaker too.  In that case, it’s mainly the waiting for the funding to realize your vision which is why anything that makes it to the screen is a modern miracle, especially in Hollywood.

It occurred to me that one way that I could get this story out there into the world was to take my feature script and do the novelization ahead of time, releasing it into the world as a book before the movie.   Taking my cue from authors like J.K. Rowling, Ernest Cline, and Andy Weir, I spent most of 2018 writing the manuscript, and 2019 getting it published on Amazon Kindle and in paperback. 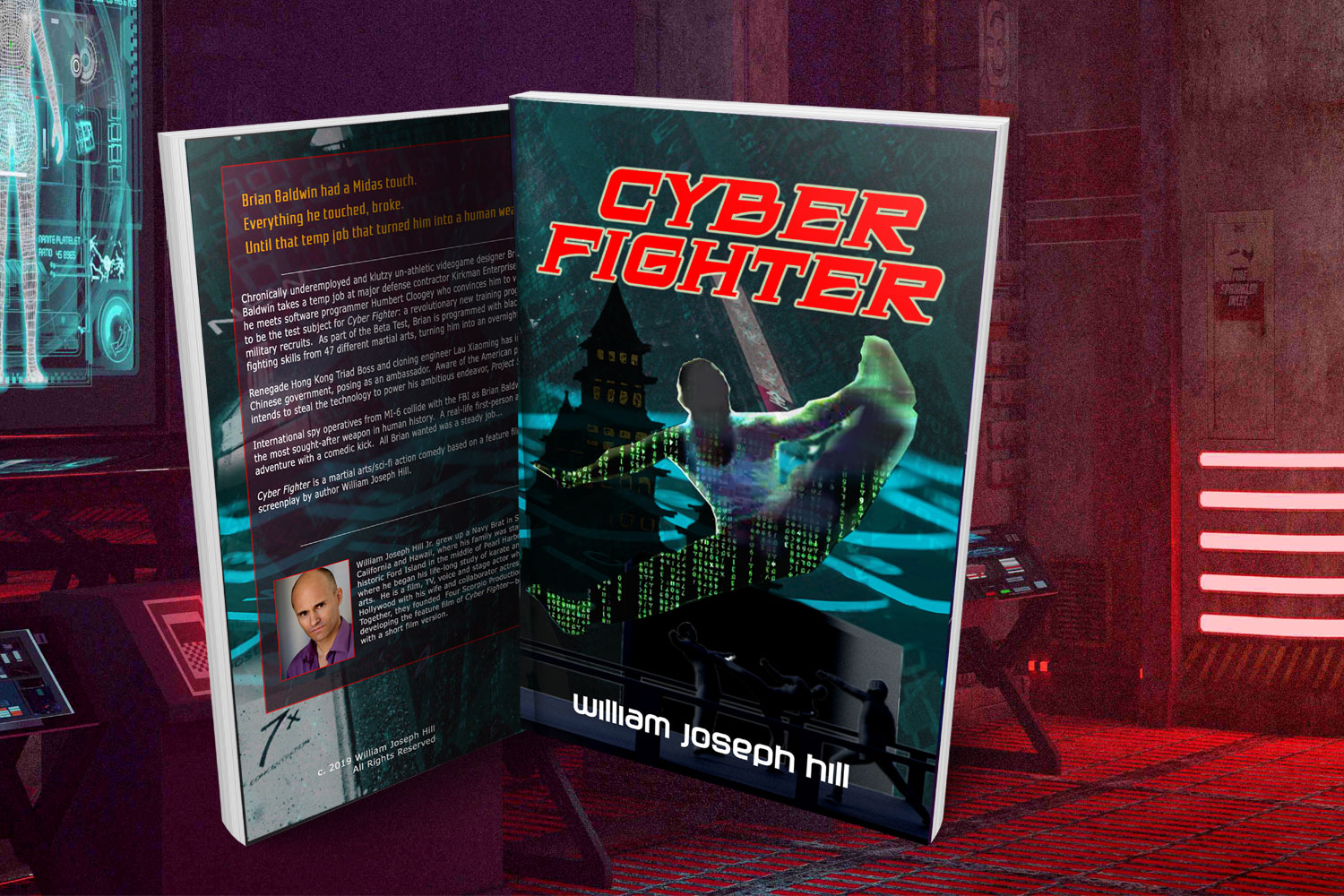 I was very excited to finally be published right before the Thanksgiving Holiday in November 2019. It’s been quite a journey, going from typed manuscript to a completely formatted book and ebook. Amazon really makes it easy to self-publish, and their market is one of the largest, if not THE largest market for books.

It’s exciting to see all of the new developments that have come from this endeavor. On the last day of this month, Feb. 29th, 2020, I will be having my very first book signing event at the Martial Arts History Museum in Burbank. Not only will I be signing paperback copies of the book, but I will also debut a sneak preview of some of the short film’s animated sequence.

Some of that animation can be seen with the official Book Trailer which came out in December. You can check it out here:

The novel is about a clumsy temp worker, Brian Baldwin, who takes a job at a defense contractor where he volunteers for a brand new military training program where he is programmed with Black Belt fighting skills from 47 different martial arts. He becomes a human weapon and is pursued by the Pentagon, FBI and a renegade Triad Crime Boss, all of who want to exploit him for various reasons.

You can get a copy and read more about the book here: